You can adjust text size here for easy reading:

I’m Rob Deutschmann and I am asking for your support to elect me to Regional Council in the October 24, 2022, municipal election.

I have lived, played and worked in Waterloo Region for almost my entire life. I was born at KW Hospital (Grand River Hospital) in 1962. In July 1962, my mother was working at Newtex Cleaners on Ottawa Street in Kitchener. On July 26, 1962, while at work, she went into labour. Bill Renaud, owner of Newtex Cleaners, drove my mother to KW Hospital (Grand River Hospital) from work at the dry cleaner to give birth to me. That story will always stick with me as a reminder about hard work and commitment. 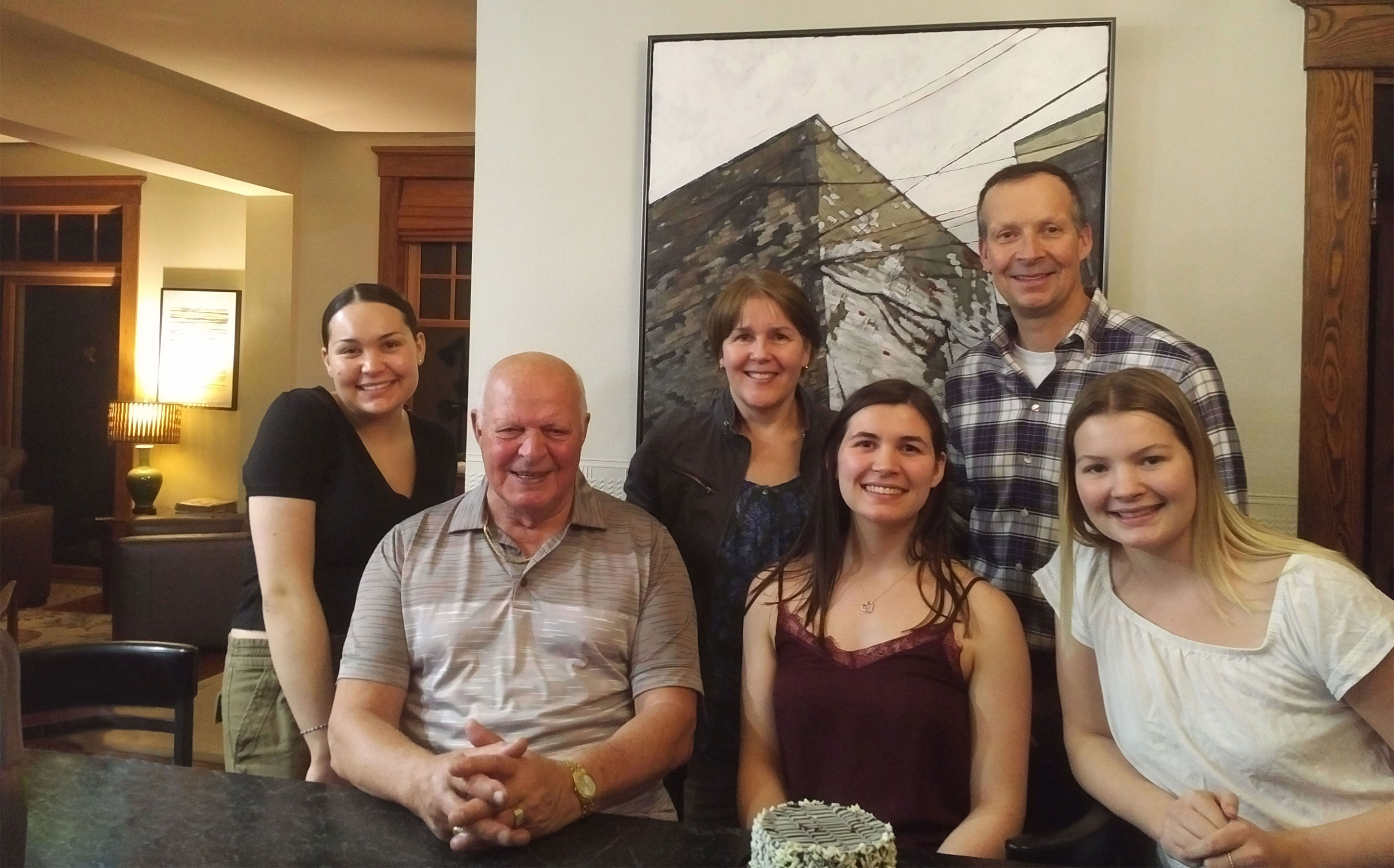 We spent one year living on Louisa Street in Kitchener before my parents, living the Canadian dream, purchased a bungalow on Allen Street in Waterloo. We lived there from 1963 to 1980.

My parents came to Canada in the early 1950’s. My father, Waldemar (Wally), from Germany and my mother, the fifth of five daughters, Quinta, from Italy. They met at the old gravel pit swimming hole in north Waterloo and were married in 1960. They were hard working folks, working a variety of jobs before landing good paying factory jobs. Wally worked at Uniroyal Goodrich in downtown Kitchener. Quinta had a variety of jobs including a welder at Lear Seating. Going to night school, Wally became an electrician. He continued to work Goodrich and earned income from extra work to support the family. I have a sister, Vivian. My sister Susan passed away in infancy. When I am asked if I can speak a second language I say “unfortunately no, as they spoke to us in English, but it was always loud”. Sadly, my mom passed away due to cancer in 1990. My father lives nearby in Ayr.

I grew up in a great area – first in the Allen and Ellis Cres. area in Waterloo where there was always something happening on the street or around the neighbourhood. I honed my hockey skills on the street and the local outdoor rink. We played all sorts of sports in that neighbourhood all year round. We hung out in each other’s basements playing cards, board games, ping pong and learning songs like Benny and the Jets and Bohemian Rhapsody. Later, our family moved to Lexington Road across from the soccer field and ball diamond. 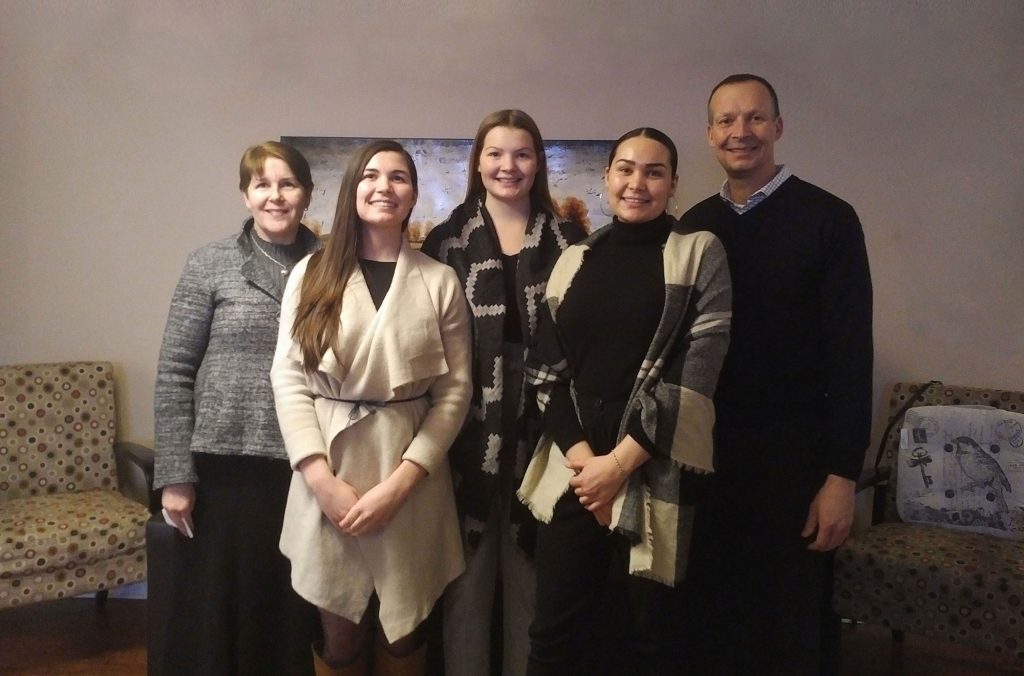 I attended St. Louis elementary school and then went to St. David Junior High School until Grade 10, and then St. Jerome’s High School in downtown Kitchener for grades 11 to 13. I stayed in the Region to attend Wilfrid Laurier University obtaining a Bachelor of Business Administration (Honours) in the co-op program, and then worked for 5 years before attending Western University (University of Western Ontario) law school. I was granted my law degree, with distinction, in 1993.

After completing law school, I articled at the firm of Flynn and Sorbara in Kitchener under the great mentorship of his Honour, Patrick J. Flynn (recently deceased). I was called to the bar on Valentines Day, on February 14, 1995. I opened my own law practice in downtown Kitchener, in partnership with Bruce Kelly. I have remained in private practice in Kitchener since that time, currently operating a small personal injury boutique in Kitchener. My practice has transformed from a general practice to one devoted exclusively to helping injured and disabled victims obtain fair compensation for their injuries due to motor vehicle accidents; or recovering disability benefits that have been wrongfully denied. I currently operate a practice with one other lawyer and 8 talented staff. As my practice has grown my office has moved from three locations in downtown Kitchener to my present location in Kingsway Drive, Kitchener, in the Kingsdale neighbourhood. I transformed the former Harley Davidson showroom into our law office. 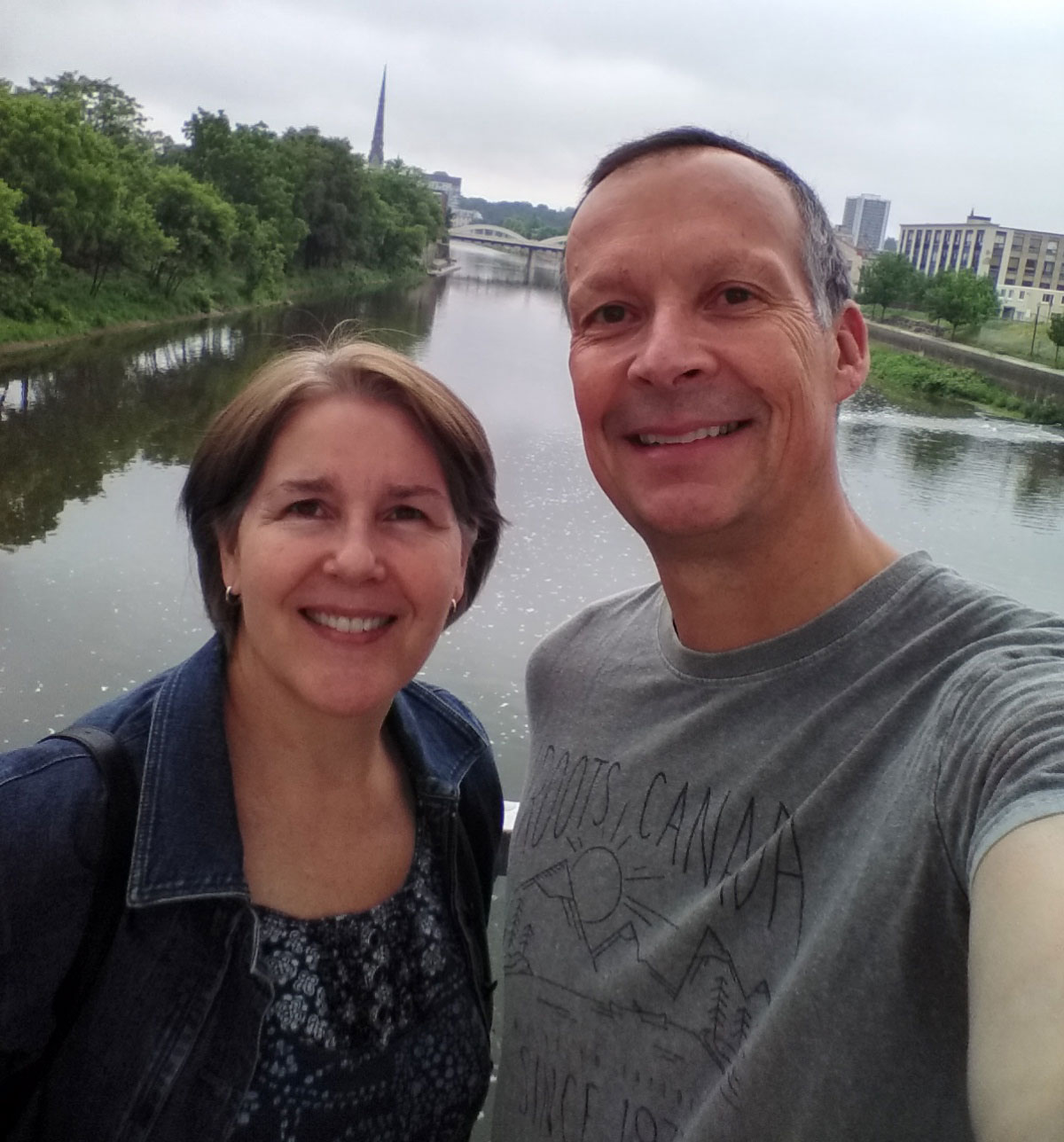 I married Janice Cheverie in 1989. We met in third year at WLU. We were both enrolled in the Business program. After a brief stay in Toronto, we moved back to Kitchener and first lived on Courtland Avenue near Stirling until 1993. We then bought a century home in Ayr. Our home has been a labour of love for 30 years and is where we were blessed to raise our 3 beautiful daughters. They have all completed post-secondary education and have embarked on making their mark in the world.

I’ve always been involved in my community – from our neighbourhood association in the Rockway area in Kitchener, to various business, sports, recreation, cultural, and community groups in Ayr and the Region. The highlight of my community involvement was with the Centre for the Community Group (CCG). The volunteers that formed the CCG were fortunate to see their efforts culminate in the building of a new community centre and arena in Ayr, after the group had raised over $2million in support of the centre.

In 2010, concerned with the state of local municipal politics in township, I was elected Mayor of North Dumfries Township. My goal as mayor was to deliver a different style of municipal leadership in our community. I believed municipal government could be more active in our community, moving forward, working together with citizens, communicating better, being more transparent and inclusive, and working harder to provide a higher level of service in the community. I am very proud of what we were able to accomplish and the changes that were implemented. Working with Council and staff, we were able to implement changes and achieve many of goals that our growing community desired.

Here is a list of some of the things that we were able to accomplish over the four years: 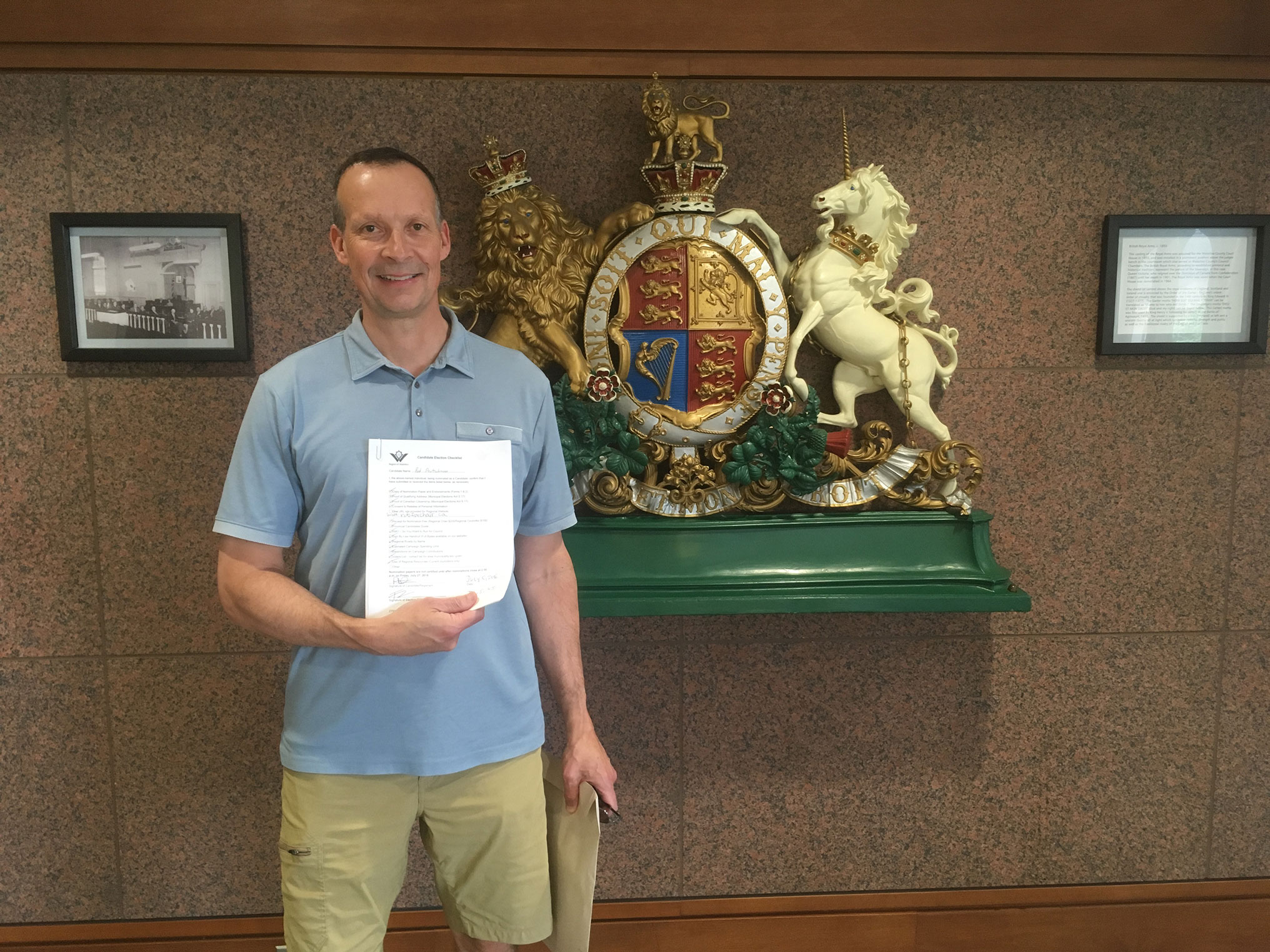 As a result of becoming elected mayor, I became a councillor at Regional Council. While there were many accomplishments of Regional Council during my time on council, most notably approval of the ION, some of the matters that I was particularly proud of included

My time as a municipal politician was a wonderful experience and I was pleased to have achieved many of the goals I set out in my campaign in 2010. It was a privilege to have had the opportunity to serve my community in North Dumfries Township, and across the Region of Waterloo.

In 2014, after a 4-year period that saw one of the most active and progressive terms of North Dumfries Township council, and accomplishing most of the intended goals, I stepped aside to return to my law practice. I was confident that the changes that we had started at North Dumfries would be carried on by the new council. In 2018 I sought public office again and ran for the vacant position of Regional Chair. I finished that race in second and returned to my law practice.

My path to politics has come from my community involvement. In my opinion politics should not be considered a career or long-term employment. It is community service. There are many talented people in our community who should be encouraged to participate in municipal politics and to lead our community. We become a better, stronger, and more caring community when we create opportunities for people to participate.

We have been through one of the most difficult periods in our collective history. The Covid pandemic has taken an immeasurable toll on us. We have come a long way since March 2020, but much is still unfolding and there is untold hardship yet to come. The war in the Ukraine, and the impact on the world food supply, overlaid with crippling inflation and rising gas and diesel prices, are applying significant pressure on many aspects of our community. It is at this time that the Region requires experienced leadership to help steer us through what will be the most turbulent times. It will require leadership that understands the levers of government, leadership that has a proven track record of accomplishment and success, and a compassion and understanding of the pain and consequences of these hardships on our fellow citizens, and the ability to develop innovative solutions to help our most vulnerable and impacted through these very uncertain times.

My life path has led me here. My life experiences make me who I am. I am well qualified to meet the challenge of being Regional Councillor – to become part of a team that will be able to face head-on the severe and significant challenges that will impact our community and work to improve our lives in Waterloo Region.

Click any photo to view gallery and use arrow keys to scroll. 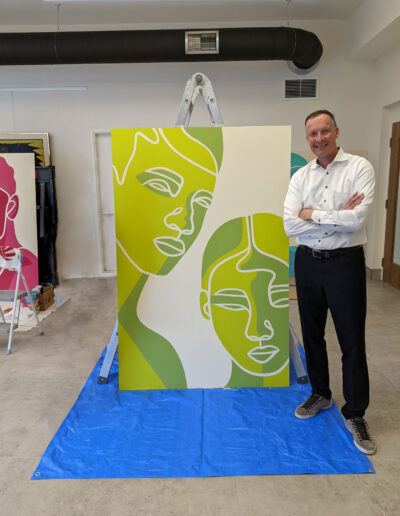 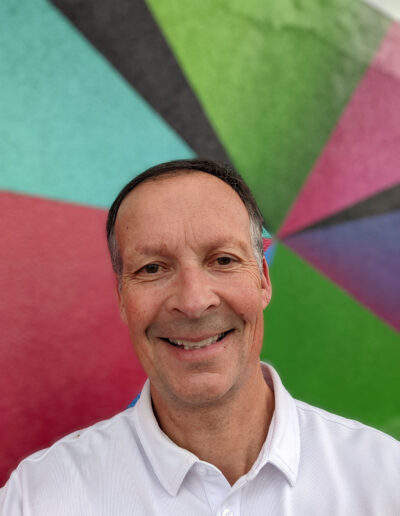 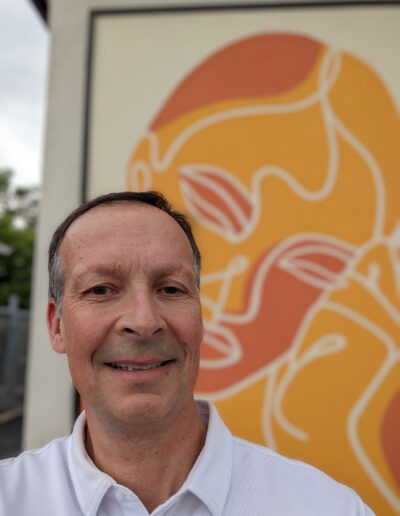 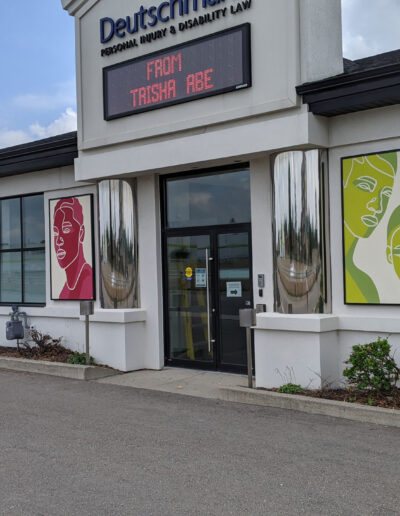 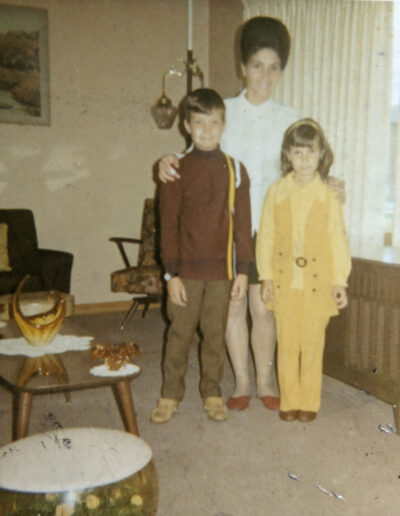 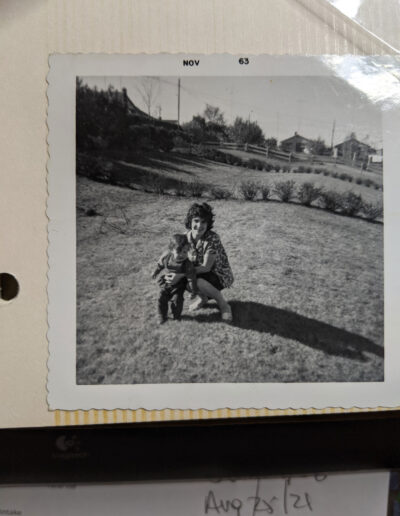 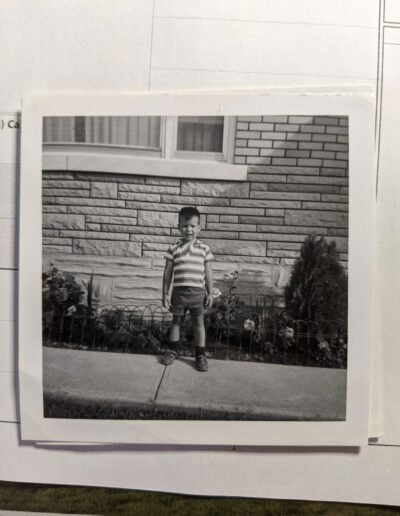 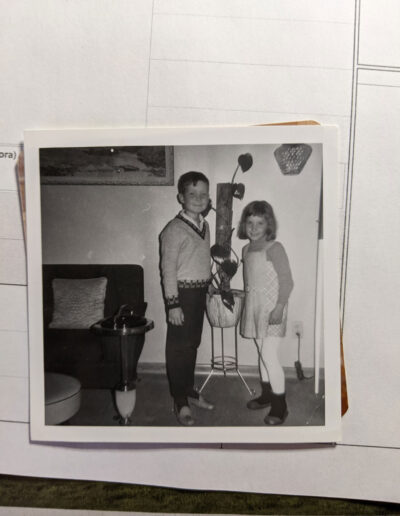 Lawyer – called to the Bar and practicing in Waterloo Region since February 14, 1995, with his main office located in Kitchener.

Prior to law, Rob worked in sales and marketing with a national packaged goods company, and with a telecommunications company.

Community Associations – Past and Present:

Regional government must be agile and responsive to ever changing social, economic and environmental influences that drive our economy and society.

As a leader for positive change Regional government must stimulate the social and economic growth of our urban and rural communities to allow us all to prosper.

We’ll need to work together collaborating to make sure all voices in the Region are heard and involving everyone who wants to be part of the solution to plan our future.